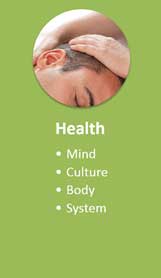 Our economic system and our organizations are challenged by wicked complexity.

We can all clearly see the limitations of our current organizational forms and economic principles. But how do we overcome these limitations? How do we move towards more flexible and global forms? How do we create integral and cosmopolitan wealth? How do we achieve benefits for people, planet and profit? How can we leverage the strengths of business to create disruptive innovations for global challenges? How do we move forward while integrating the best from the past? How can we practice cosmopolitan communication in a corporate boardroom, in a startup, in a central bank? Our integral wealth focus provides research, inquiry and learning into these questions. 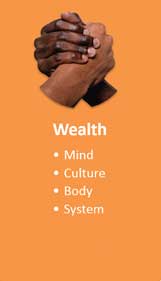 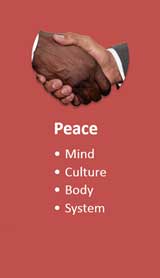 Ken Wilber, one of the most influential contemporary US American philosophers, observes that while globalization is turning the planet into a village, the world is rapidly disintegrating: In the past, most people were born and raised, married, had children and died in the same culture.

To solve the world’s problems, we need to take a more integral approach by changing the way we communicate our messages across cultures. Cosmopolitan Communication might be one of the influential approaches, which is a creation of shared understanding and the Culture Intelligence which refers to an ability to understand, communicate with, and effectively interact with people across cultures. It helps us to find simple, but meaningful ways to enrich everyday interactions, because we are part of the game, aware of all the players and ourselves together as a whole.

This website uses cookies to improve your experience while you navigate through the website. Out of these, the cookies that are categorized as necessary are stored on your browser as they are essential for the working of basic functionalities of the website. We also use third-party cookies that help us analyze and understand how you use this website. These cookies will be stored in your browser only with your consent. You also have the option to opt-out of these cookies. But opting out of some of these cookies may affect your browsing experience.
Necessary Always Enabled