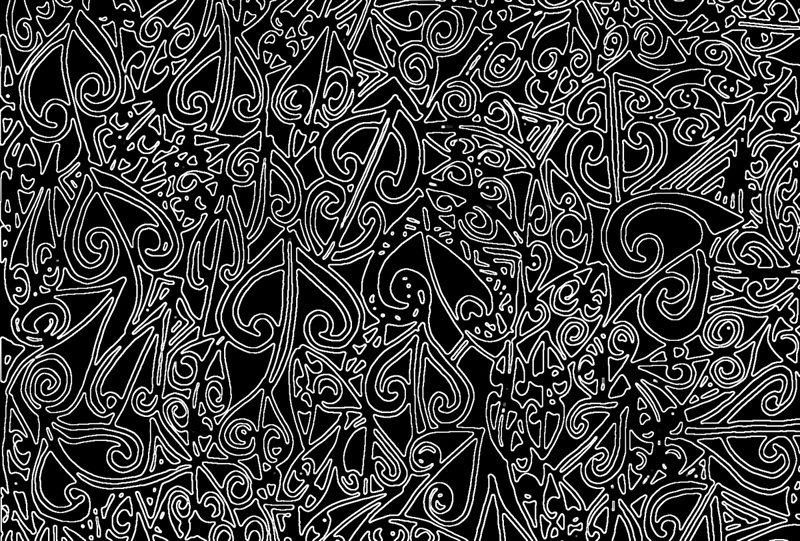 Kiaora Koutou
I’ve been witnessing a terrible social racist issue of state taking babies from mothers here in NZ.  My best friend is the journalist that has exposed the horror of new born baby uplifts through footage that was shot mostly by the family involved.  So I’ve been closely involved.  However I painted this painting 11 months ago and today it is clear what this painting was telling me:
This painting is for mothers whose children have been uplifted without any support of her needs. It says “HER DAY EVERY DAY.” “Haloed list of literary rebels, Kiwis Galore.”  This means all the people crying out against the uplifts in written words. “World Nation Stunned.” Yes it is. Then “IO my kid sets pace, made from more, Grand.”  This means my child is of god and made for more than this.  The numbers are still a mystery to me I’m hoping they aren’t the numbers of the abused in state care.  But 3 Māori babies uplifted per week at 52 weeks over five years (5 years the state says it will take to fix up the system) is 780 babies.
What I’m saying to you all is the Art isn’t just a response to witnessing but it’s a portent of what is vibrationally occurring with or without our knowledge.  Out higher self brings the art in to the world and it sees everything we are conscious and unconscious of. Art is a higher self response.
So GSW is now Global Social Awakening.
Love,
Tracey
Tracey Tawhiao is a New Zealand Maori artist. Her ancestry can be traced to Ngai te Rangi, Whakatohea, Tuwharetoa. Tawhiao’s work is informed by the experience of māori in a colonised world. She has been heavily influenced by the juxtaposition of living alongside her grandparents and their way of life on Matakana Island to the demands and ‘chaos of contemporary living’ outside that setting. Her practise has taken her overseas with installations in Paris, Los Angeles and Taipei. Her work is held in the collection of the Museum of New Zealand Te Papa Tongarewa.
+ Google Calendar+ iCal Export

Any cookies that may not be particularly necessary for the website to function and is used specifically to collect user personal data via analytics, ads, other embedded contents are termed as non-necessary cookies. It is mandatory to procure user consent prior to running these cookies on your website.